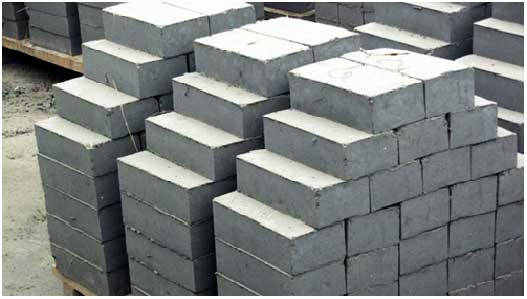 Fly ash by mixing efficiently with the concrete mix it can replace Portland cement that in turn can aid in making big savings in concrete material prices.

Increased density and also the long-term strengthening action of flash that ties up with free lime and thus, results in lower bleed channels and also decreases the permeability.

The reduced permeability of concrete by using fly ash, also aids to keep aggressive composites on the surface where the damaging action is reduced. It is also highly resistant to attack by mild acid, water and sulfate.

It effectively combines with alkalis from cement, which thereby prevents the destructive expansion.

It is also helpful in reducing the heat of hydration. The pozzolanic reaction in between lime and fly ash will significantly generate less heat and thus, prevents thermal cracking.It is an environmentally-friendly solution.

It chemically and effectively binds salts and free lime, which can create efflorescence. The lower permeability of fly ash concrete can efficiently reduce the effects of efflorescence.It improves the strength over time and offering greater strength to the building.